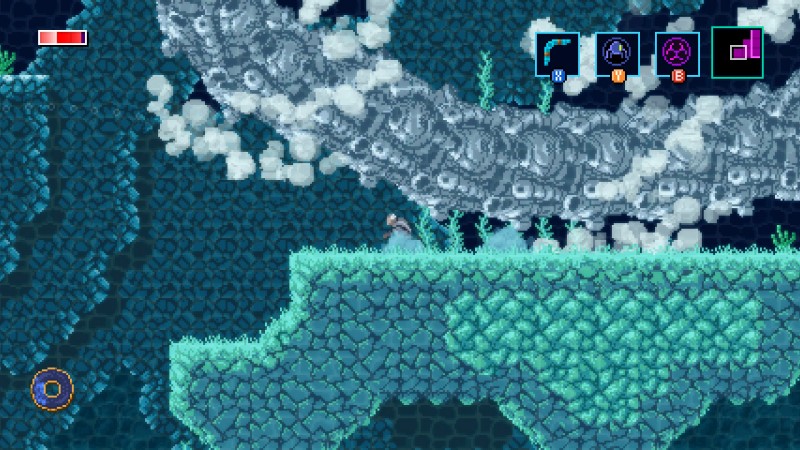 When Axiom Verge 2 was announced in 2019, it was during a Nintendo Direct, so we didn’t know what other platforms the title was coming to. We now know that the hotly anticipated Metroid-inspired sequel is coming to PC, exclusively on the Epic Games Store.

Axiom Verge 2 was originally announced for a 2020 release, but in October of last year, developer Thomas Happ said the game would instead release sometime in 2021. News for Axiom Verge 2 has been sparse, but earlier this year, Happ announced a free update to the first game, which adds a randomizer to the fan-favorite title.

When Axiom Verge initially launched, it quickly secured high praise within the Metroid-loving community. We loved the game upon release, calling it a, “stunning love letter to Nintendo’s classic” and awarding it a 9.25 out of 10. Axiom Verge 2 is a part of that same story, but set in a different time period with new characters, new enemies, and in a new world. As such, you can play it before or after the original and you won’t lose your ability to comprehend the narrative.

We don’t know when Axiom Verge 2 is coming out, but the Epic Games Store Spring Showcase trailer ended with “Coming Soon,” so hopefully it will be the earlier parts of 2021. In a blog post, Happ also explained his reasoning for going with Epic Games Store for this launch, but says it will come to Steam eventually, and that he has a great relationship with Sony and Microsoft and hopes to be able to talk about his plans on those systems in the near future.

For now, Axiom Verge 2 is scheduled to come to Switch and PC sometime this year.