Advance Wars 1 + 2 Are Being Remastered For Switch, Arriving In December 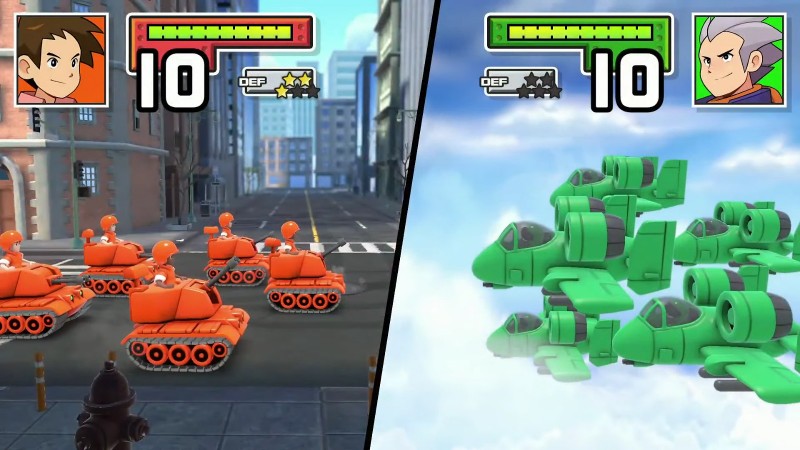 During today’s Nintendo E3 Direct, Intelligent Systems’ long-dormant  Advance Wars series returned, not with a new entry, but a remastered collection that brings back the first two entries in the series for Switch. Advance Wars 1+2: Re-Boot Camp is slated to release on December 3 with pre-orders available now.

Advance Wars is a turn-based tactical combat game that pits the player’s Orange Star Nation against various computer-controlled forces. Much like a game of chess, the positioning of different unit types is part of the strategy, and has you thinking numerous turns ahead. On some maps, victory is achieved by destroying all of the enemy’s units, while other locations push you to complete objectives and secure locations.

Although the first Game Boy Advance games are returning (Advance Wars and Advance Wars: Black Hole Rising), they have been completely reimagined and rebuilt from the ground up. All of the units are now polygonal in design, and your commanding officers are brought to life with stylish hand-drawn animation.

Both of these games were beloved by players back in the day, and offer up a wealth of variety in the maps, units, and changing conditions (such as terrain and weather). If you don’t want to take on computer-controlled armies, you can jump into multiplayer, which supports four-player skirmishes on dozens of maps.

Following Advance Wars: Days of Ruin’s release in 2008, the series went quiet, leading to the creation of the spiritual successor Wargroove, which is every bit as good as its inspiration point. Here’s hoping both Wargroove and Advance Wars continue on as series in the years ahead. For now, this remake will have to tide us over.