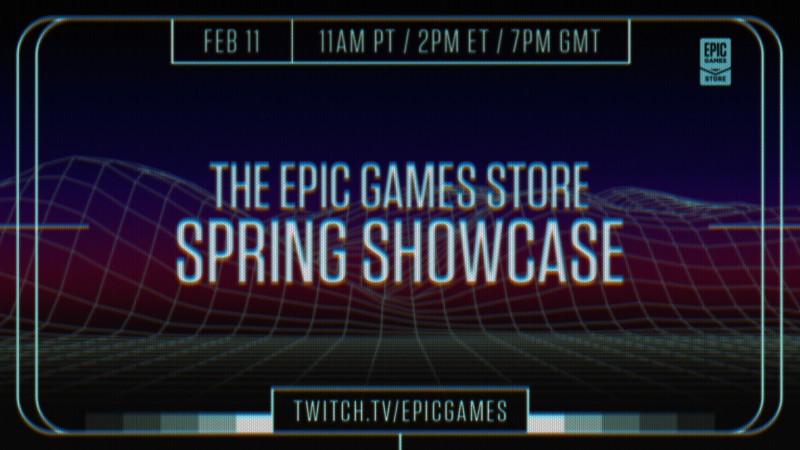 Epic Games has announced a new Spring Showcase stream, which will coincide with an Epic Games Store sale. While we don’t know if this Spring Showcase will give us the first glimpses at the new projects from well-established developers Epic Games announced publishing deals for last year, the stream could very well be worth tuning in to when it airs on Thursday, February 11 at 11 a.m. Pacific / 2 p.m. Eastern.

According to Epic Games, the Spring Showcase will feature, “new announcements, gameplay and extended looks presented by the developers creating the games we all love.” Epic Games did not give any additional hints or details about what the announcements could be, but given the company’s standing in the industry and its various high-profile business partners, the stream could potentially feature some blockbuster announcements. 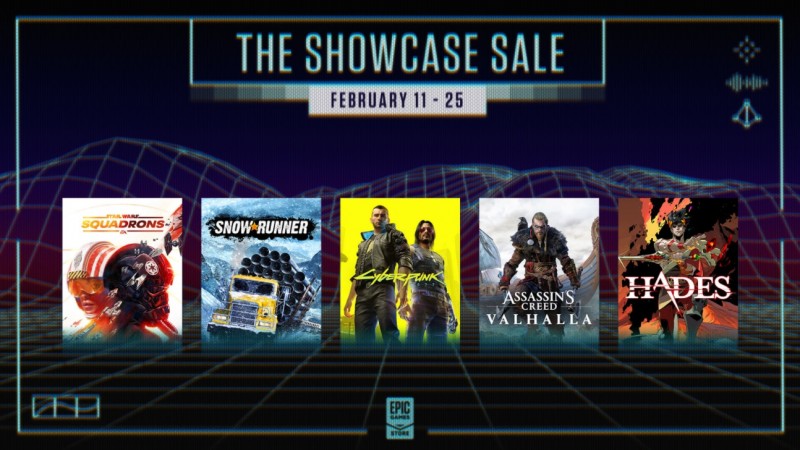 If you’re looking to expand your games library a bit sooner than what the announcements from the Spring Showcase will afford, you can take advantage of the Showcase Sale, which offers deals on big releases from the last year and beyond. Epic Games Store users can look forward to taking 50 percent off Star Wars Jedi: Fallen Order, up to 40 percent off Star Wars: Squadrons and SnowRunner, up to 20 percent off Assassin’s Creed Valhalla, 20 percent off Hades, and 10 percent off Cyberpunk 2077. Those who own Star Wars: Battlefront II on Epic Games Store also get additional discounts on Star Wars Jedi: Fallen Order and Star Wars: Squadrons. The page for the sale also currently lists Immortals Fenyx Rising, Grand Theft Auto V, Red Dead Redemption 2, The Witcher 3: Wild Hunt, Twin Mirror, Fuser, Godfall, and more, though no additional details on what discounts will be available at this time. The sale runs from February 11 until February 25. For the full list of games that will be included, head here.

To watch the Epic Games Store Showcase, head to the Epic Games Twitch channel on February 11 at 11 a.m. Pacific / 2 p.m. Eastern. Then, if watching that stream puts you in the mood for some gaming using Epic’s platform, you can check out the sale here.