Everything You Need To Know About The Demon Slayer Video Game 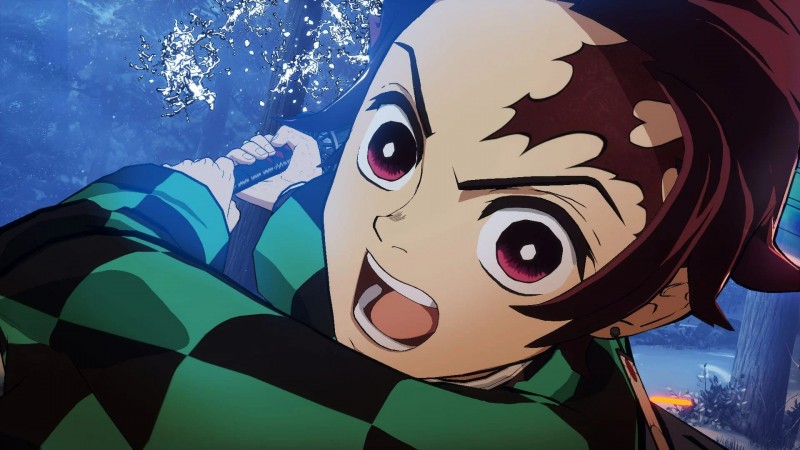 Demon Slayer’s overwhelming popularity has skyrocketed it into the shonen big leagues where anime like Dragon Ball, One Piece, Hunter x Hunter, and Naruto have dwelled for ages. Vivid art that employs traditional 2D as well as stunning 3D animations, sweeping/emotional battle themes, and tight story-pacing paired with an ensemble of diverse personalities (I mean, have you seen the character designs?!) sets Demon Slayer apart from its action-adventure contemporaries. Add in the unprecedented success of the Mugen Train movie, and you’ve got a true cultural phenomenon on your hands. But did you know that there’s a video game in the works too?

Demon Slayer: The Video Game is being developed by CyberConnect2, the studio behind the prolific Naruto fighting game franchise and Dragonball Z: Kakarot. If you take a look at the gameplay footage above, you can get a better understanding of how in-game battles will play out. A tag battle mode is also being planned, where you’ll be able to compete against the AI or other players using various character combinations. The classic Ultimate Ninja Storm formula is on display – choose a character and select an arena to fight in. Flashy combos and swift evasion mechanics that employ the beautiful art style from the anime help give the game its extra visual flair. And, of course, there are some pretty cool finisher cinematics too; Nezuko’s is particularly impressive.

But what of the story, and how will it fit into the expansive Demon Slayer universe? A single player campaign has been confirmed and will primarily follow the events from the first season. This means that you’ll be able to relive some of the series’ most tantalizing conflicts – from the Tsuzumi Mansion arc to Tanjiro’s fateful encounter with Rui. While I was hoping for an enticing sandbox to roam around in (a guy’s gotta dream, right?), I am excited to see how the anime/manga story beats transfer over.

A lesser-known “asymmetrical survival action game” for mobile devices called Demon Slayer: Blood-Stench Blade Royale was also delayed indefinitely to give the dev team (completely separate from CyberConnect2) more time to polish the project. Details surrounding this title are scarce, but the fact that Demon Slayer will be soon be playable on the small and big screen is testament to its relevance.

I spent most of my 2019 waiting for the weekly Demon Slayer episodes to drop on Crunchyroll. And even though the game’s release is still faroff, I can’t wait to play through Season 1 for myself. Demon Slayer: The Video Game will launch on current and last-gen consoles, as well as PC, in Japan at some point this year. As of yet, a western release period has not been unveiled.

If you’re a Demon Slayer fan, stay tuned for my impressions of the Mugen Train film!