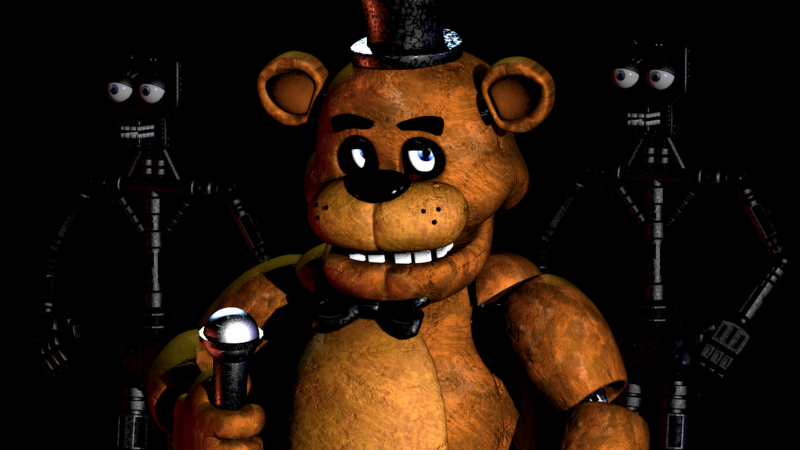 Scott Cawthon, best known as the creator of the indie breakout Five Nights at Freddy’s, has announced in a post on his website that he is retiring from his current role in the series. This announcement follows the recent surfacing and criticism of Cawthon’s monetary political contributions.

Cawthon starts the post by reminiscing about fans having sent him letters and fan art over the years. Five Nights at Freddy’s released almost seven years ago and, in that time, many fans of the series connected with the characters, games, and even Scott Cawthon himself. “I’ve had a blessed, fulfilling, and rich career. I’ve been shown great kindness and I’ve tried to show great kindness in return,” Cawthon writes in his retirement post.

Scott continues the post by talking about the passage of time and how creating games has transitioned from something he would do in his free time for fun and for his kids. Getting to the crux of the announcement Cawthon says, “All of this to say that I am retiring. I have been shown tremendous love and support over this last week, a lot of which has come from the LGBTQ community. The kindness shown to me has been surreal.”

While he mentions the LGBTQ community, Scott has been strongly criticized recently over his contributions to politicians who have supported legislation or have views that many believe do not favor this marginalized group. A list of Cawthon’s donations in recent years made its rounds not long ago. Some of the campaigns he supported include Devin Nunes, Ben Carson, Tulsi Gabbard, and former President of the United States Donald Trump. Cawthon’s retirement post doesn’t mention that these donations are connected to his retirement, but he has recently defended his actions in a lengthy Reddit post titled “My response, and maybe last post.” That title and the contents within his response point strongly at the recent backlash being the cause of Cawthon’s departure from the Freddy’s series.

“Even if there were candidates who had better things to say to the LGBT community directly, and bigger promises to make, I believed that their stances on other issues would have ended up doing much greater harm to those communities than good,” Cawthon wrote on Reddit after listing candidates he supported and why. Further in, Scott says, “I’ve always been supportive of creators, and have tried to treat everyone fairly, and treat everyone with dignity and respect. I’ve never cared about anyone’s race, religion, gender, or orientation. I just treat people as people, everyone the same, and because of that, I’ve ended up with a very diverse group of people that I’ve worked with over the years.”

Cawthon might have even foreshadowed his retirement post from Wednesday night: “If I get cancelled, then I get cancelled. I don’t do this for the money anymore; I do it because I enjoy it. If people think I’m doing more harm than good now, then maybe it’s better that I get cancelled and retire. I would accept that. I’ve had a fulfilling career.”

Though Cawthon is resigning as the head of the Five Nights at Freddy’s, the series will continue with someone he chooses and can trust as a successor. Cawthon says he has one wish as he gives up control of the property he created, “I only ask that my fanbase respect my decision. I will still be around, just not in the capacity that I used to be. What a blessed career I’ve had; what wonderful people I’ve met; and what a tremendous blessing to have been able to know all of you. Thank you so much.”

There’s currently no word on what this announcement means for the previously announced Five Nights at Freddy’s: Security Breach from Steel Wool Studios which is scheduled to release on PlayStation 5, PlayStation 4, and PC sometime in 2021.