Star Wars: Republic Commando Is Getting A Funko Pop! 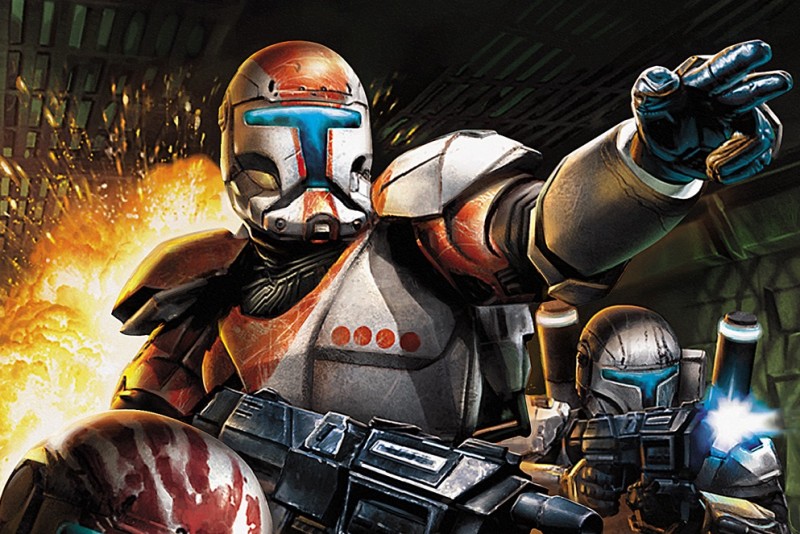 Will the real Bad Batch please stand up? Lucasfilm may have the Star Wars community singing the praises of The Bad Batch, the latest animated series to hit Disney+, but fans of the video game, Star Wars: Republic Commando, have the right to raise a slight stink. The character ensembles featured in the show and game are nearly identical, with both focusing on distinct class-based squads of clone troopers.

Lucasfilm has to know of the similarities between the two properties, and we hope a crossover is planned at some point. Seeing the Bad Batch exchange pleasantries or laser fire with Delta Squad (the group from the game), would be amazing and exactly what fans on both sides would want…but we’ll also take a sequel to the game.

Republic Commando originally released in 2005, but has recently been made new again through a slightly enhanced port on Switch and PlayStation 4. Today, Funko surprised Republic Commando fans with a Pop figure of Boss (also known as RC-1138 in the game). This figure can be preordered exclusively at GameStop right now, and is expected to ship on August 4. For reasons I can’t explain, this Boss figure glows in the dark.

While it’s a bit odd he isn’t joined by his squad of Rex, Fixer, and Scorch, he isn’t launching alone. Funko is also releasing two different Pops of Iden Versio (from Star Wars Battlefront II‘s story campaign). The version you’ll see the most is of Iden without her helmet. The rare chase version has the helmet on.

Following Hasbro’s announcement of a Nightbrother Warrior Black Series figure earlier today, Funko is following suit with a Nightbrother Warrior Pop. All of these figures are GameStop exclusives. If you don’t care for Republic Commando and are a bigger fan of The Bad Batch, Funko announced a line of Pops based on the show that features all five characters in the group. You can get your hands on these toys in June.

Disclaimer: GameStop is the parent company of Game Informer